14 Neo-Noir Movies to Watch Over Your Weekends

If you are a huge fan of neo-noir movies, you are not alone: With dark themes, morally ambiguous characters, and twisted plots which usually feature broken detectives or femme fatales, these films are among the favorites of many.

Below you can find 14 films from this genre which we love above many others:

In Memento, Leonard (Guy Pearce) is tracking down the man who raped and murdered his wife. The difficulty, however, of locating his wife’s killer is compounded by the fact that he suffers from a rare, untreatable form of memory loss. Although he can recall details of life before his accident, Leonard cannot remember what happened fifteen minutes ago, where he’s going, or why.

This 2001 film tells of an actress who is suffering from amnesia due to a bad car crash and how she is being psychologically manipulated by a man and box. In Mulholland Drive, a dark-haired woman (Laura Elena Harring) is left amnesiac after a car crash. She wanders the streets of Los Angeles in a daze before taking refuge in an apartment. There she is discovered by Betty (Naomi Watts), a wholesome Midwestern blonde who has come to the City of Angels seeking fame as an actress. Together, the two attempt to solve the mystery of Rita’s true identity. The story is set in a dream-like Los Angeles, spoilt neither by traffic jams nor smog.

In Blade Runner, Deckard (Harrison Ford) is forced by the police Boss (M. Emmet Walsh) to continue his old job as Replicant Hunter. His assignment: eliminate four escaped Replicants from the colonies who have returned to Earth. Before starting the job, Deckard goes to the Tyrell Corporation and he meets Rachel (Sean Young), a Replicant girl he falls in love with.

In Oldboy, Dae-Su is an obnoxious drunk bailed from the police station yet again by a friend. However, he’s abducted from the street and wakes up in a cell, where he remains for the next 15 years, drugged unconscious when human contact is unavoidable, otherwise with only the television as company. And then, suddenly released, he is invited to track down his jailor with a denouement that is simply stunning.

In Angel Heart, Harry Angel (Mickey Rourke) is a private detective contracted by Louis Cyphre (Robert De Niro) to track down the iconic singer Johnny Favorite. However, everybody that Angel questions about Favorite seems to meet a tragic demise. Eventually the trail leads Angel to New Orleans where he learns that Favorite had dabbled in the black arts. As Favorite’s whereabouts and true identity become clear, Angel learns that being hired by Cyphre was not a random choice.

Seven, by far, is one of our favorite movies of all time. In this movie, when retiring police Detective William Somerset (Morgan Freeman) tackles a final case with the aid of newly transferred David Mills (Brad Pitt), they discover a number of elaborate and grizzly murders.

They soon realize they are dealing with a serial killer (Kevin Spacey) who is targeting people he thinks represent one of the seven deadly sins. Somerset also befriends Mills’ wife, Tracy (Gwyneth Paltrow), who is pregnant and afraid to raise her child in the crime-riddled city.

In The Machinist, Factory worker Trevor Reznik (Christian Bale) suffers from insomnia so severe that his condition has taken its toll on his weight and his mental health. When Trevor unintentionally causes an on-the-job accident that horribly injures a coworker (Michael Ironside), he begins to become even more troubled.

Léon: The Professional is a movie from French dirrector Luc Besson. In his 1994 film, Mathilda (Natalie Portman) is only 12 years old, but is already familiar with the dark side of life: her abusive father stores drugs for corrupt police officers, and her mother neglects her. Léon (Jean Reno), who lives down the hall, tends to his houseplants and works as a hired hitman for mobster Tony (Danny Aiello).

When her family is murdered by crooked DEA agent Stansfield (Gary Oldman), Mathilda joins forces with a reluctant Léon to learn his deadly trade and avenge her family’s deaths. 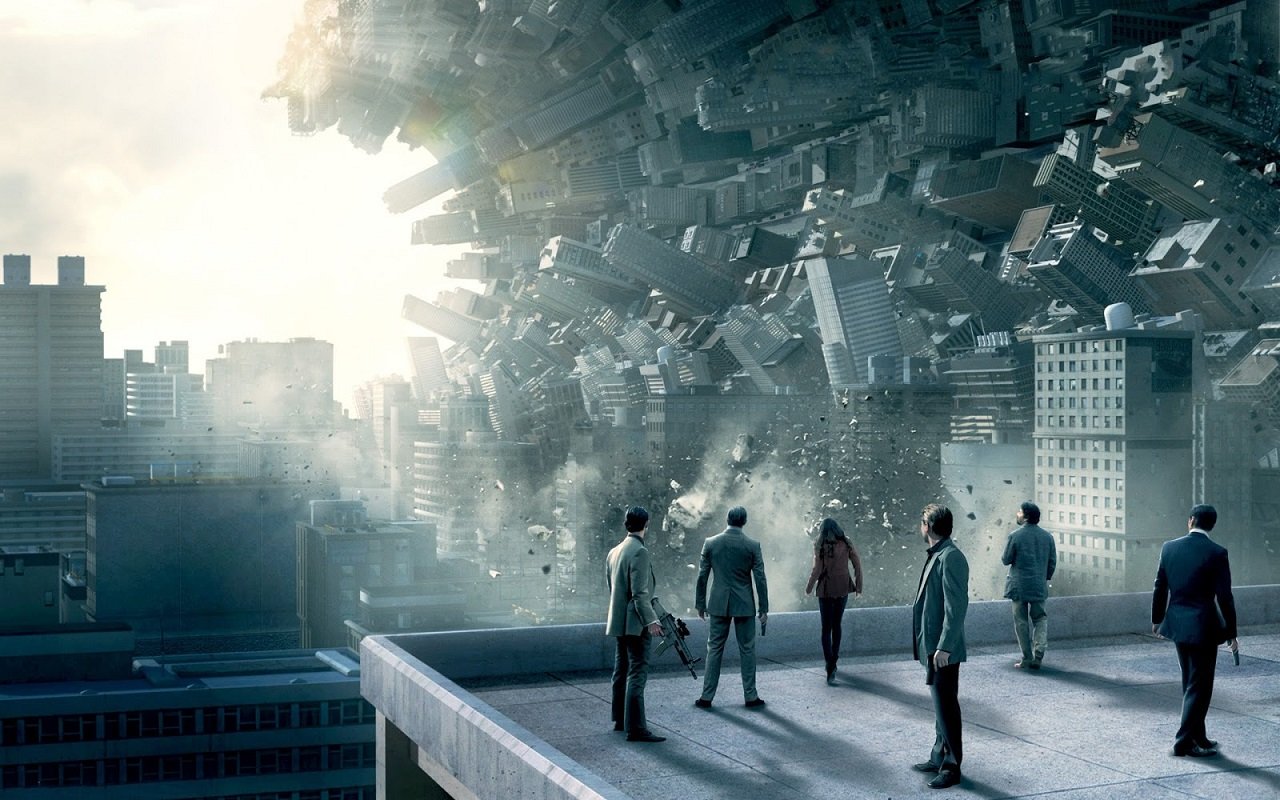 In Inception, Dom Cobb (Leonardo DiCaprio) is a thief with the rare ability to enter people’s dreams and steal their secrets from their subconscious. His skill has made him a hot commodity in the world of corporate espionage but has also cost him everything he loves. Cobb gets a chance at redemption when he is offered a seemingly impossible task: Plant an idea in someone’s mind. If he succeeds, it will be the perfect crime, but a dangerous enemy anticipates Cobb’s every move.

5. No Country for Old Men

In No Country For Old Men, while out hunting, Llewelyn Moss (Josh Brolin) finds the grisly aftermath of a drug deal. Though he knows better, he cannot resist the cash left behind and takes it with him. The hunter becomes the hunted when a merciless killer named Chigurh (Javier Bardem) picks up his trail. Also looking for Moss is Sheriff Bell (Tommy Lee Jones), an aging lawman who reflects on a changing world and a dark secret of his own, as he tries to find and protect Moss.

In Chinatown, when Los Angeles private eye J.J. “Jake” Gittes (Jack Nicholson) is hired by Evelyn Mulwray to investigate her husband’s activities, he believes it’s a routine infidelity case. Jake’s investigation soon becomes anything but routine when he meets the real Mrs. Mulwray (Faye Dunaway) and realizes he was hired by an imposter. Mr. Mulwray’s sudden death sets Gittes on a tangled trail of corruption, deceit and sinister family secrets as Evelyn’s father (John Huston) becomes a suspect in the case. 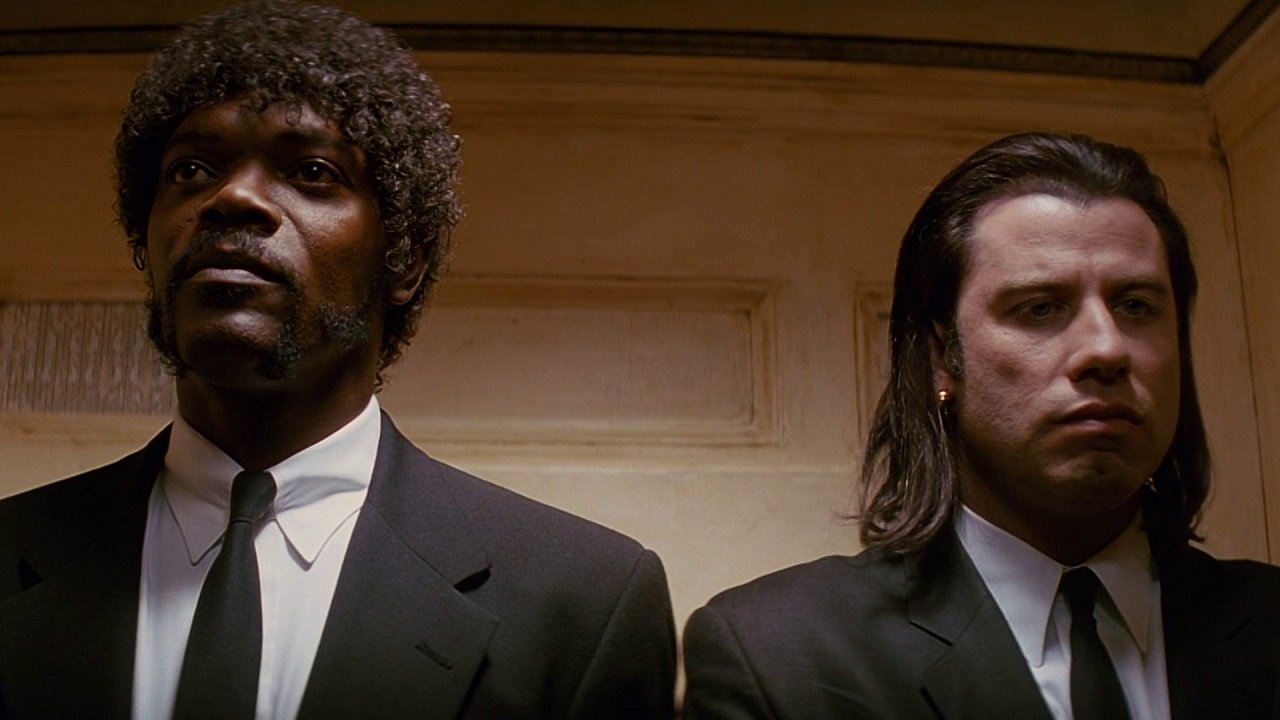 In The Long Goodbye, Private detective Philip Marlowe (Elliott Gould) is asked by his old buddy Terry Lennox (Jim Bouton) for a ride to Mexico. He obliges, and when he gets back to Los Angeles is questioned by police about the death of Terry’s wife. Marlowe remains a suspect until it’s reported that Terry has committed suicide in Mexico.

Marlowe doesn’t buy it but takes a new case from a beautiful blond, Eileen Wade (Nina van Pallandt), who coincidentally has a past with Terry.

In Le Samouraï, hit man Jef Costello (Alain Delon) goes through an elaborate set of rituals before carrying out a hit on a nightclub owner. Always thorough and cool in his job, Costello is disconcerted to discover a witness to the killing, the club’s female piano player. But before he can act, the police arrest him in a sweep of suspects.

Released when the main witness does not come forward, Costello goes from being the hunter to the hunted, trailed by the determined police as well as his crime bosses.