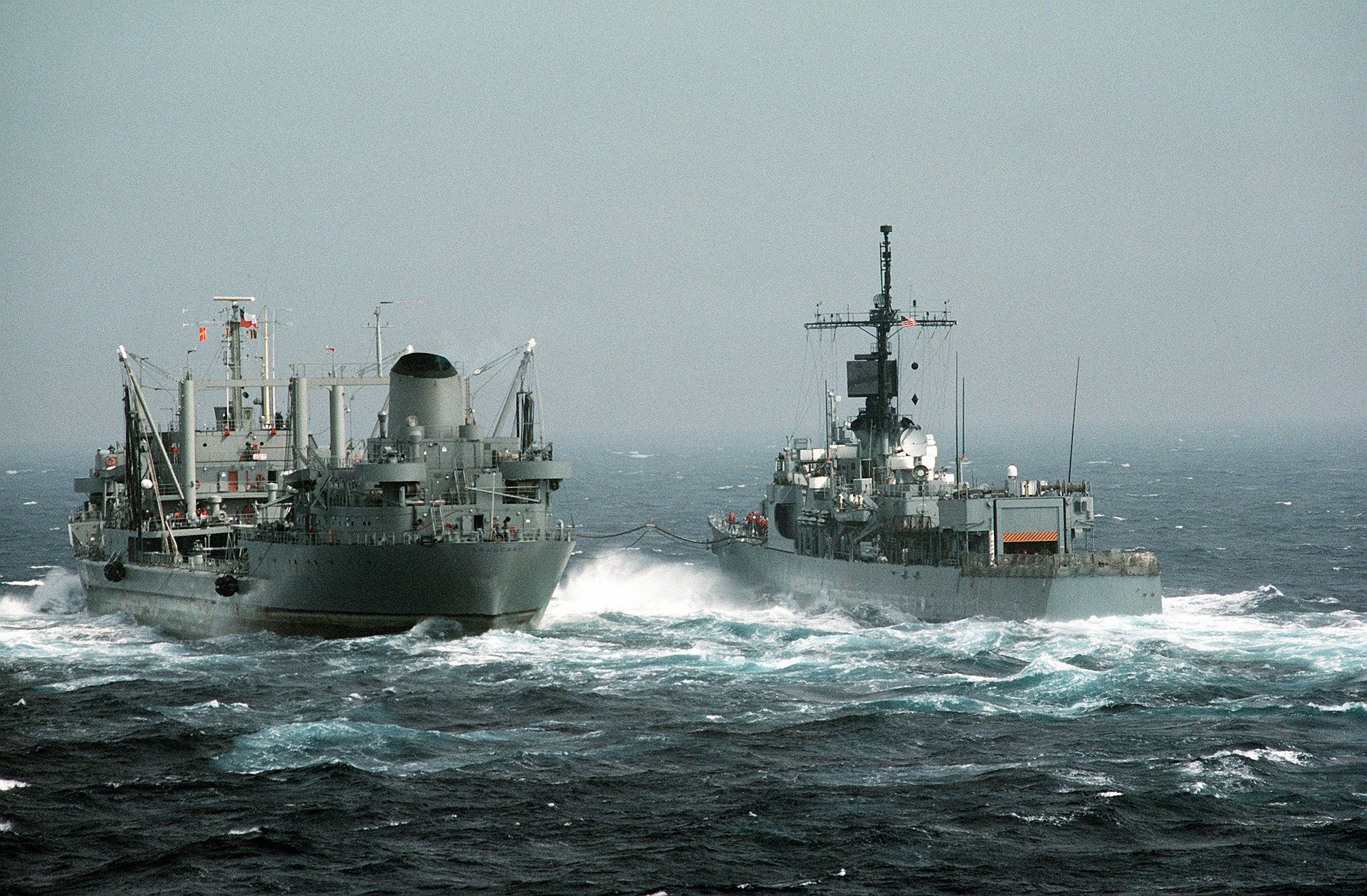 Why did we decide to compile the list of best Clive Cussler books now? Well, the best-selling author behind the popular adventure novels featuring Dirk Pitt died at 88 earlier this week and we wanted to celebrate his legacy by highlighting some of his most notable books.

Clive Cussler, who kicked off his writing career in 1965, introduced Dirk Pitt to the world during the mid-1970s with “The Mediterranean Caper” and went on to feature him in 25 books over the years.

What follows is the list of 12 best books by Cussler featuring Pitt but also books from his other series. The list has been compiled based on the input from our editorial team as well as an online survey of Clive Cussler fans:

12. The Adventures of Vin Fiz (Lacey & Casey, #1). Ten-year-old twins Lacey and Casey Nicefolk have always wanted to fly, but kids can’t fly . . . or can they? They can if they know the mysterious Sucoh Sucop, a man who claims to have an enchanted box that can transform any toy into the real thing!

Before you know it, the twins, along with their droopy-eared basset hound, Floopy, are soaring cross-country in a real-live Wright brothers biplane, which they name Vin Fiz (after Casey’s favorite grape soda).

But dangers lurk everywhere, and if the twins are to make it all the way to New York, their courage will have to make heroes of them many times over. Thank goodness they have the magical Vin Fiz on their side!

He’s too late to save the engineer behind the ship’s new technology, but helps the man’s daughter, Kelly Egan, escape with her father’s work in a leather briefcase.

While Ms. Egan strives to uncover the hidden value in her father’s inventions, Pitt is hired on by maritime insurers to investigate the wreckage.

Neither are prepared for the mechanical marvels they’ll soon be forced to confront. The machines could only be the stuff of legend, described in the tales of Viking explorers or the accounts of Jules Verne. And they may be Pitt and Egan’s only hope when an oil tycoon with a plan of his own appears on the scene.

Before journey’s end, Pitt will take on a power-mad millionaire, tread upon territory previously known only to Verne’s illustrious Captain Nemo, and make shocking discoveries about his own past.

10. Sahara (Dirk Pitt, #11). This is one of Clive Cussler books that has been adapted for the big screen. 1996, Egypt. Searching for a treasure on the Nile, DIRK PITT thwarts the attempted assassination of a beautiful U.N. scientist investigating a disease that is driving thousands of North Africans into madness, cannibalism, and death.

The suspected cause of the raging epidemic is vast, unprecedented pollution that threatens to extinguish all life in the world’s seas. Racing to save the world from environmental catastrophe, Pitt and his team, equipped with an extraordinary, state-of-the-art yacht, run a gauntlet between a billionaire industrialist and a bloodthirsty West African tyrant.

In the scorching desert, Pitt finds a gold mine manned by slaves and uncovers the truth behind two enduring mysteries — the fate of a Civil War ironclad and its secret connection with Lincoln’s assassination, and the last flight of a long-lost female pilot….Now, amidst the blazing, shifting sands of the Sahara, DIRK PITT will make a desperate stand — in a battle the world cannot afford to lose.

9. Deep Six (Dirk Pitt, #7). A deadly tide of poison flows into ocean waters. A ghost ship drifts across the empty northern Pacific. A luxury Soviet liner blazes into a funeral pyre. The Presidential yacht cruises the Potomac night—and the President disappears without a trace.

Dirk Pitt takes on a sinister Asian shipping empire in an intercontinental duel of nerves. In his most dangerous, fast-paced adventure, he fights to save the US government—and to seize one desperate moment of revenge.

8. The Mediterranean Caper (Dirk Pitt, #2). On a quiet Greek island, a U.S. air force base has come under attack—by a World War I fighter plane . . . a famous yellow Albatros supposedly lost at sea in 1918.

Now it is up to Dirk Pitt, Al Giordino, and the rest of the NUMA team to root out the elusive truth behind the incident—and find out how it’s connected to mysterious acts of sabotage against a scientific expedition, an international smuggling ring, and a dark-haired beauty with some dangerous secrets.

The search for answers will lead Pitt from a lavish island villa, to a moving freighter eerily empty of crew, to a massive underwater cavern housing the heart of a criminal operation that is larger and more elaborate than he ever could have imagined . . . a lucrative operation that its mastermind would kill to protect.

7. Raise the Titanic! (Dirk Pitt, #4). On orders from the Pentagon, marine explorer Dirk Pitt must salvage crucial material from the world’s most infamous maritime disaster in this novel in the #1 New York Times-bestselling series.

The President’s secret task force has developed an unprecedented defensive weapon that relies on an extremely rare radioactive element—and Dirk Pitt has followed a twisted trail to a secret cache of the substance.

Now, racing against brutal storms, Soviet spies, and a ticking clock, Pitt begins his most thrilling mission—to raise from its watery grave the shipwreck of the century.

The Pacific, 1993: A Japanese cargo ship bound for the United States is instantly, thunderously vaporized, taking with it a Norwegian vessel. Japanese fanatics have developed a chilling plan to devastate and destroy the Western powers. From the ocean depths to the discovery of cache of lost Nazi loot, Dirk Pitt is untangling a savage conspiracy and igniting a daring counterattack.

While Washington bureaucrats scramble, a brutal industrialist commands his blackmail scheme from a secret island control center. And Dirk, the dauntless hero of Sahara and Inca Gold, is taking on death-dealing robots and a human-hunting descendant of samurai warriors. Pitt alone controls the West’s secret ace in the hole: a tidal wave of destruction waiting to be triggered on the ocean floor!

5. Inca Gold (Dirk Pitt, #12). Nearly five centuries ago a fleet of boats landed mysteriously on an island in an inland sea. There, an ancient Andean people hid a golden hoard greater than that of any pharaoh, then they and their treasure vanished into history—until now.

In 1998, in the Andes Mountains of Peru, Dirk Pitt dives into an ancient sacrificial pool, saving two American archaeologists from certain drowning. But his death-defying rescue is only the beginning, as it draws the intrepid Pitt into a vortex of darkness and danger, corruption and betrayal.

A sinister crime syndicate has traced the long-lost treasure—worth almost a billion dollars—from the Andes to the banks of a hidden underground river flowing beneath a Mexican desert. Driven by burning greed and a ruthless bloodlust, the syndicate is racing to seize the golden prize…and to terminate the one man who can stop them.

4. Iceberg (Dirk Pitt, #3). Another Cussler favorite! The towering iceberg drifting in the North Atlantic was a floating tomb. Embedded in the great gleaming mass was a ship – sealed in so solidly that not even its mast protruded. Here was a sea mystery to rank alongside the Bermuda Triangle and the Marie Celeste.

But for Major Dirk Pitt, top troubleshooter for the National Underwater and Marine Agency, it was also the first link in a fantastic chain of events that would lead him too close – and too often – to violent death. And to the discovery of the most sinister and bizarre conspiracy of the century …ICEBERG.

3. The Titanic Secret. A century apart, NUMA Director Dirk Pitt and detective Isaac Bell team up to unlock the truth about the most famous maritime disaster of all time.

In the present day, Pitt makes a daring rescue from inside an antiquated submersible in the waters off New York City. His reward afterwards is a document left behind a century earlier by legendary detective Isaac Bell–a document that re-opens a historical mystery…

In 1911, in Colorado, Isaac Bell is asked to look into an unexplained tragedy at Little Angel Mine, in which nine people died. His dangerous quest to answer the riddle leads to a larger puzzle centered on byzanium, a rare element with extraordinary powers and of virtually incalculable value. As he discovers that there are people who will do anything to control the substance, Isaac Bell will find out just how far he’ll go to stop them.

2. Treasure (Dirk Pitt, #9). Charts of lost gold…breathtaking art and rare volumes…maps of hidden oil and mineral deposits that could change the world’s balance of power. Now Dirk Pitt discovers the secret trail of the treasures of Alexandria—a trail that plunges him into a brutal conspiracy for total domination of the globe.

Zealots threaten to unseat the governments of Egypt and Mexico, exposing America to invasion and economic collapse. Suddenly, from East to West, anarchists reach their deadly tentacles into the heart of the United States.

And Dirk Pitt, the hard-hitting hero of Clive Cussler’s smash bestsellers Sahara and Inca Gold, is up against the most feared assassin known to man.

An international band of terrorists is making its play for world power on the high seas—and Pitt is the only man alive who can stop them!

1. Pacific Vortex! (Dirk Pitt, #1). This is by far the most popular book by Clive Cussler. Dirk Pitt, death-defying adventurer and deep-sea expert, is put to the ultimate test as he plunges into the perilous waters of the Pacific Vortex—a fog-shrouded area where dozens of ships have vanished without a trace.

The latest victim is the awesome supersub Starbuck, bearing America’s deep-diving nuclear arsenal. Its loss poses an unthinkable threat to national defense. Pitt’s job is to find it and salvage it before international forces beat him to the prize or the sea explodes in a nuclear blast—whichever comes first.

Pitt’s mission also leads him into the arms of Summer Moran, the most stunningly exotic and dangerous woman ever to enter his life.

As the countdown heads toward disaster, Pitt has no choice but to descend through the shark-infested depths to an ancient sunken island, from which he may never again emerge to see the light of day.